Fifty years ago today, the Soviet Union launched the Sputnik satellite - and the space age. I was not around when this happened, but from what I have read - and learned from my Dad - the launch caught the United States by surprise, and a hasty (and initially unsuccessful) American Space Program (soon to be renamed NASA) began. NPR has several stories about the impact of the Sputnik launch. 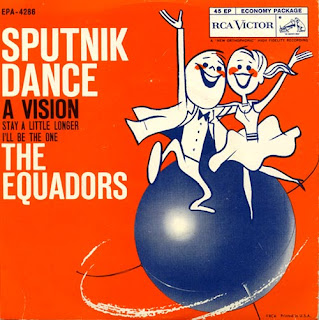 I was talking to Dad the other night and he told me that the local radio station in Seward, Alaska - where my family lived at the time - would broadcast the times when the basketball-sized sphere would be passing overhead. He still remembers watching in wonder as the satellite moved across the sky (in later years, I would do the same thing, watching the Apollo ships, Skylab, and then the Space Shuttle as they crossed the nighttime sky over North Carolina).

The Soviets also managed to put the first animal (a dog named Laika), man (Yuri Gegarin) and woman (Valentina Tereshkova) into space. America, however, "won" the race to put man on the moon (Apollo 11 in 1969) - a feat no other nation has yet to accomplish, although the Chinese are supposedly working on a lunar program.

I remember the excitement of the Apollo missions to the moon, and, like those older than me who will "always remember where they were" when JFK was shot, I will always remember being in my sister's living room, watching the TV as Neil Armstrong descended the ladder on the "Eagle" moon lander, and set foot on the moon.

"That's one small step for Man, one giant leap for Mankind"

To my six-year old self, that event was the coolest thing ever. I could envision more trips to the moon, and then to Mars and beyond. Unfortunately, once the race to the moon was won, the Space Program became less important. After all, we had shown the "Russkies" and the rest of the world that our national dick was bigger we were number one in space. It was time to get back to more important things, like stopping the Communist juggernaut in Southeast Asia and elsewhere.

Today, America's premiere launch platform, the Space Shuttle, is aging and out of date (an iPod probably has more memory and computing power than the onboard computers) and there is a vigorous debate ongoing as to whether we should even be funding space exploration.

I say that humanity has always been interested in what was "over the next hill" or "across the sea", and there is no sea larger nor more intriguing for exploration than the vast cosmos. 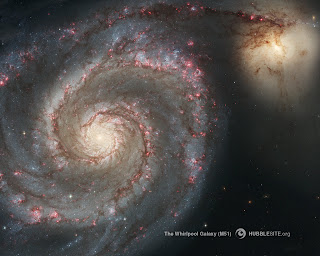