I used my camera today, and found some left-overs from ... the past.  Some were worth posting, and so here they are:

Two months ago I went on a "Passport Run" to Nicaragua.  It was a three day visit and I took a grand total of four photos, all at the bus stop crossing the mountains between here and the Pacific region in Costa Rica.... 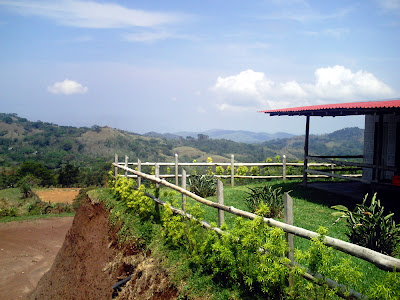 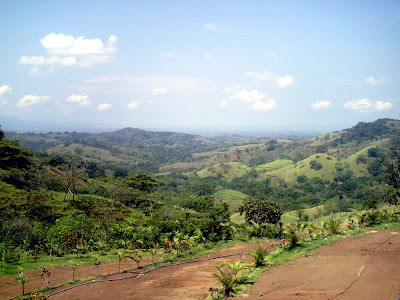 This one is from about two weeks ago, when I managed to catch Raxi chillin' on the car.... 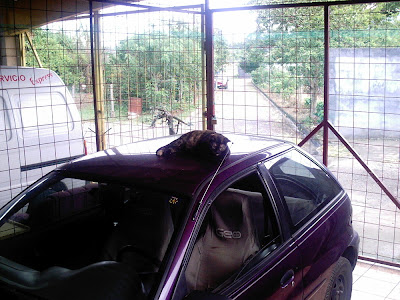 And these last two from today. It got very foggy and then rained hard for about 20 minutes, then cleared off.... 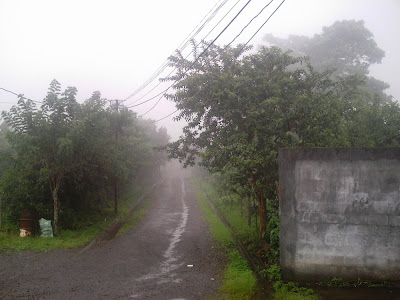 Almost A Shame They Changed the Name....

Anyone remember what the former name (in the US, at least) of the petrocompany responsible for the current oil disaster was?

I've Seen The Mountains of NC... They're Real

As all'a y'all know, before I moved to Costa Rica I had lived my entire life in Teh Mountains of North Carolina. Now, what most'a y'all don't know is that as far as the State (as in official, gummint-type things) is concerned, the mountains and, indeed, most of "Western North Carolina" get short shrift. Politics by the rich and for the rich is far from a new concept in NC and, historically, it was landed gentry in the eastern portions of the state that controlled things.

I had thought that was not so much anymore, but I followed a link to a news story earlier today, and couldn't get past the banner at the top of the page:

Here's a map of NC (with some crude annotation):

(Sandhills area is part of the Coastal Plain)

Does anyone notice what part of that map is missing from the banner of "N.C.'s only statewide news channel"???

Ever wonder how fast your connection really is?

I like to doublecheck from time to time, and make sure we're getting what we pay for.


We are.
.
0 Experiences related Labels: technology

I remember reading, when I was a wee lad, a book about a steam shovel that dug a hole it couldn't get out of. Now, when I say remember, I really mean I have vague recollections, so I couldn't recall any more of the story (and I know that the memories were from over 4 decades ago). Every once in a while I would recall these snippets, but couldn't ever remember more.

Just now, I had a thought of it and -- finally -- used Teh Google to see if I could find it.

Anyone else remember this book? 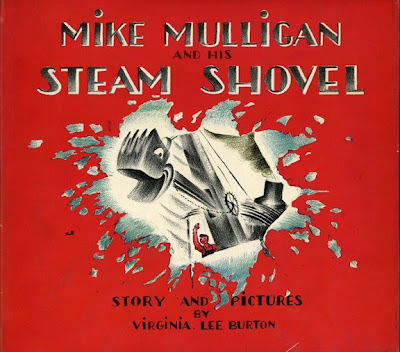 Here's the Wikilink for the book.

And the first page of the story: 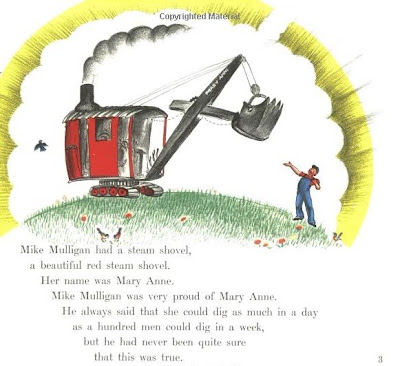 And a funny re-reading of the story (which shows the illustrations from the book):