Photos taken by some friends of mine, interpreters at the Hickory Ridge Homestead, on a "field trip" to Old Salem, in Winston-Salem, NC. 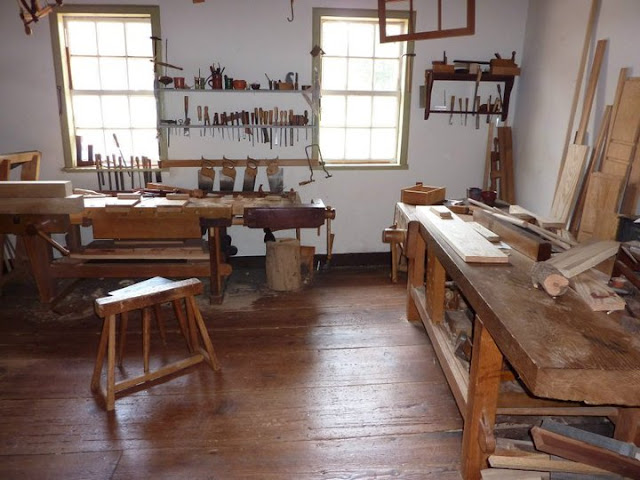 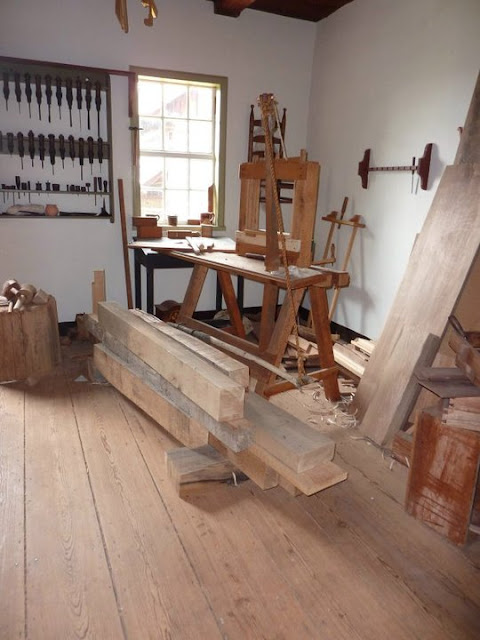 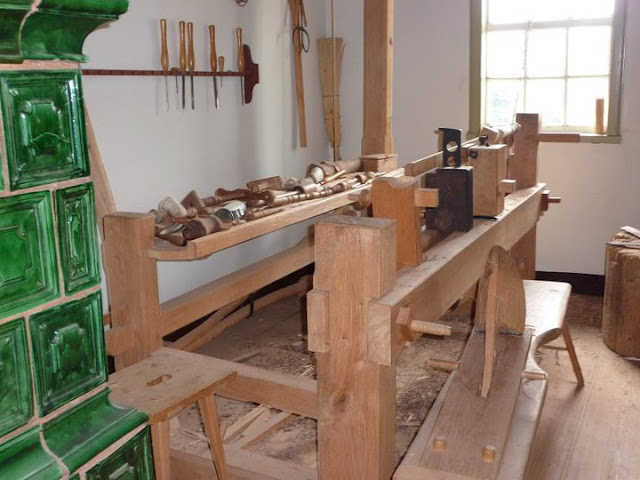 In Which I Am In Agreement With Abraham Lincoln*


*Me being in agreement with Abraham Lincoln, as I know him to have been, is not especially noteworthy, but I needed a title for this post.
0 Experiences related Labels: Republican'ts, stupidosity, teabaggers 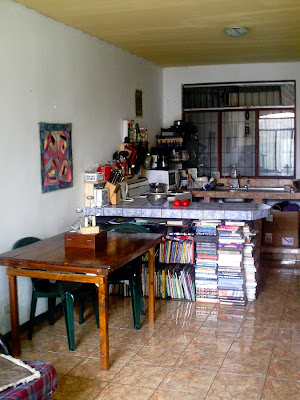 It's hard to see, and this is the best shot my poor li'l camera could manage, but at the left end of the kitchen bar, there is a shelf (covered with stuff already, of course).  The new shelf allowed us to move all the spices and such from on top of the microwave and thereby move the coffeemaker from the bar to the microwave.  Which allows a lot more open space on the bar.   Which, I'm told, looks better.  :)

Another project, a bit more complicated (c'mon, a shelf is just a chunk of board after all), was to build a little desk for the girls' room, so we could put the computer that had been living on one end of the dining table -- with its massive CRT monitor -- in their room. 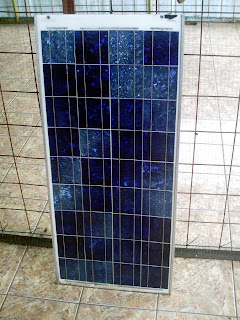 Jen's boss gave her a couple of old (non-funcional) solar panels  -- or, as Julia calls them "panner solos", with the remark "Bob could use one to build a desk."  And so I did.  To the right we see one of the panels. 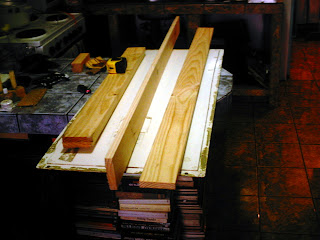 And here are some of the pieces/parts, preparing to be assembled into the new desk. 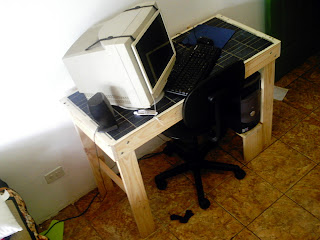 And, finally, a shot of the (mostly) finished desk, set up in the girls' room, where it is being enjoyed immensely.  Well, not at the moment, because it's the weekend, which means the girls aren't here.  The girls will be painting the desk (the panel/top lifts right out of the framework, so they won't paint it)... I believe the latest plan is "black with white musical notes".

We hope to do some upgrades soon and be able to get rid of the CRT, which will make the desk even more usable.

The New Kitteh on the Block: 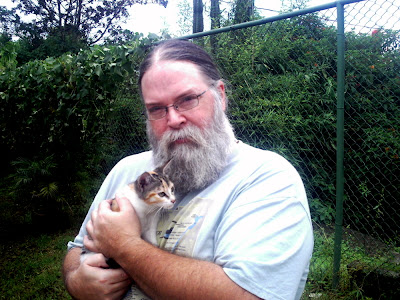 Yet to be named, 'cause for we just got her from the shelter an hour ago.

She and Raxi have been introduced, and the expected growling and hissing has commenced -- although Raxi's protestations are already seeming a bit de riguer, so I 'spect all will be well very soon.
3 Experiences related Labels: kittehs

Well, that's what Google Translate says the Russian is for "These Images Are Incredible!" and I must agree.

Stealing the blockquote, as I have the post, from Lockwood DeWitt:


...Sergei Mikhailovich Prokudin-Gorskii (1863-1944) undertook a photographic survey of the Russian Empire with the support of Tsar Nicholas II. He used a specialized camera to capture three black and white images in fairly quick succession, using red, green and blue filters, allowing them to later be recombined and projected with filtered lanterns to show near true color images. 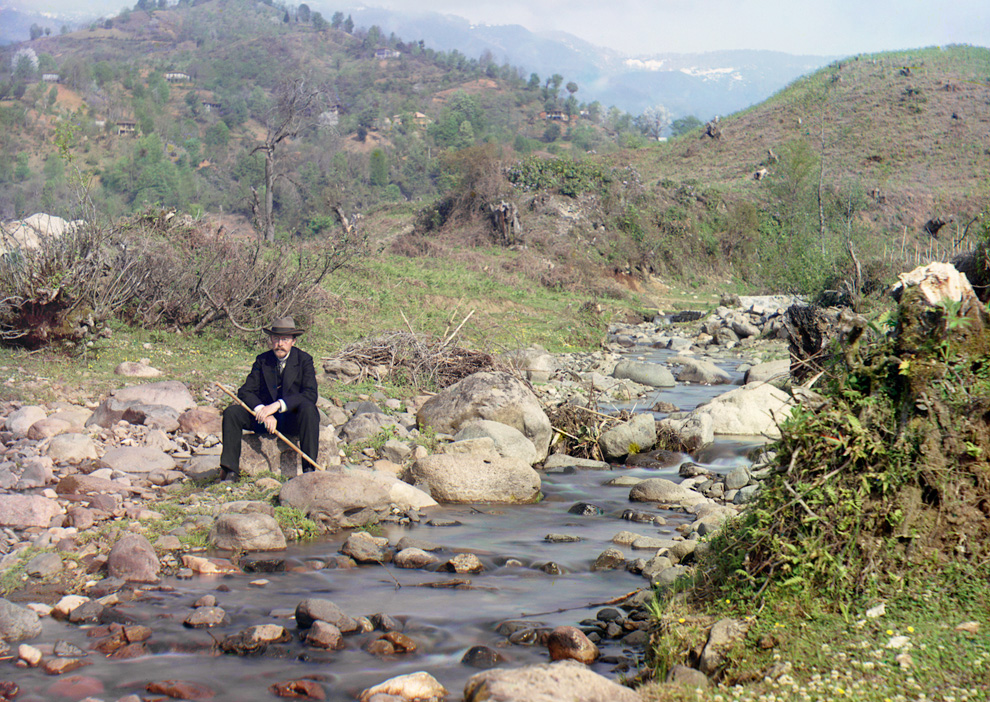 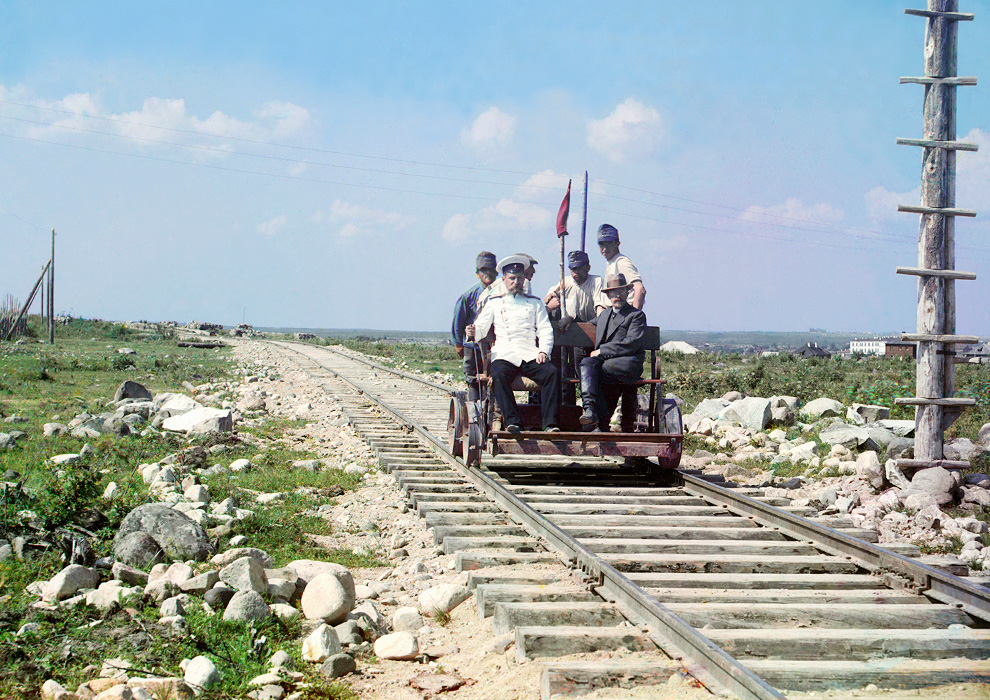 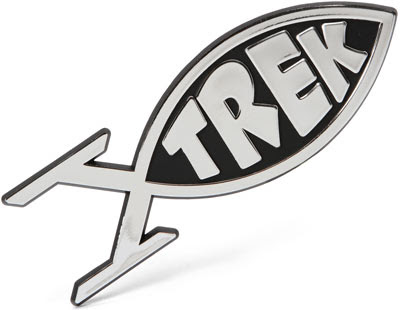